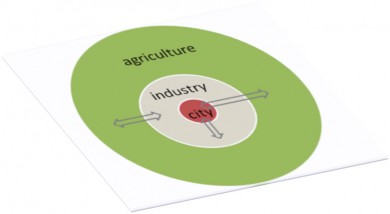 There is no single answer to this question; but an answer can be given in the form of scenarios. And while a circular city is part of a circular economy, scenarios should include not only the city but also the surroundings.

Scenarios have been developed for the Buiksloterham district in Amsterdam North and for the industrial site Innofase near the city of Duiven. These scenarios are based on two axes. One axis for the ambitions and efforts of local actors (inhabitants, local companies) and one for the ambitions and efforts of the non local actors (governments, public, utilities and public services). The scenarios prove nothing, but they do illustrate the effects of a good cooperation between local actors, the general public, governments, utilities, public services and industries. All these parties are required for the establishment of a circular city. 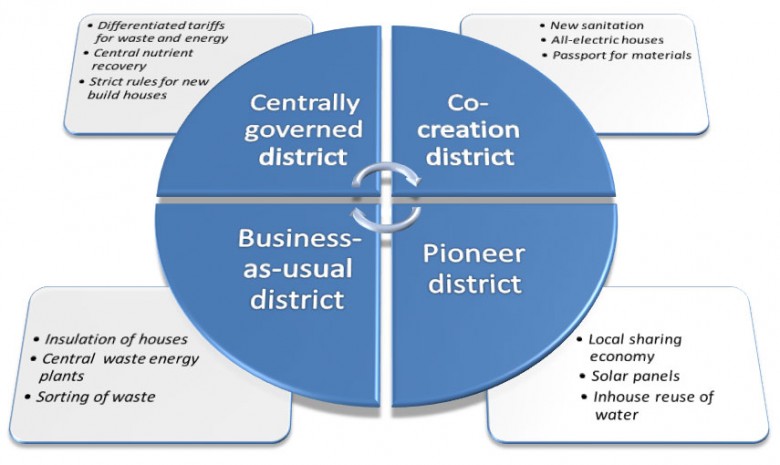 For the industrial site Innofase near Duiven, derivative scenarios were developed based on the city district scenarios. In the Business-as-usual scenario the ambition of the government and industry is limited and only general regulations are set. In the Waste oriented scenario the general public and the government are strongly involved in waste separation and energy reduction, but the industries take no initiatives to develop new products out of the waste streams. In the Product oriented scenario the public and government remain passive but industry develops a series of profitable new technologies and new products. In the Co-creation scenario both government and industry have ambitious environmental targets, work together and co-innovate several new waste-to-product chains. 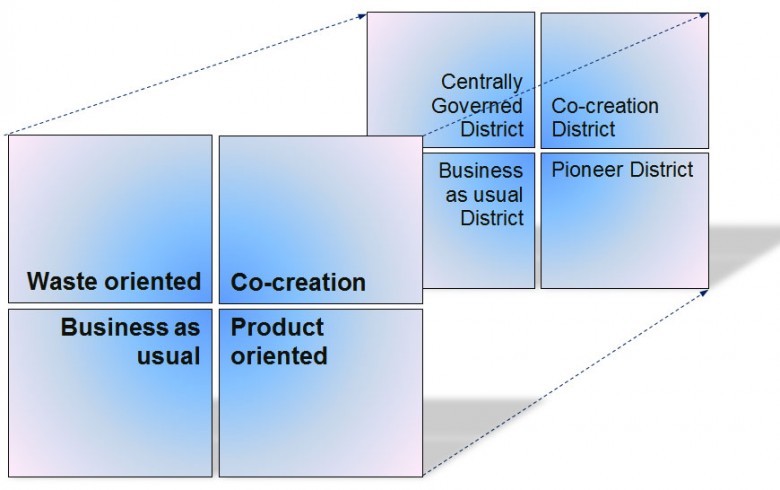 For further reading on scenarios, download the full ACC report on “Circular Solutions Part 4 – From waste to resource” here